The National Academies of Sciences, Engineering, and Medicine (NASEM) released “Developing a Toolkit for Fostering Open Science Practices” which summarizes the proceedings of a workshop by the same name. This toolkit is aimed at university leadership and the workshop’s goal was “…to identify paths to growing the nascent coalition of stakeholders committed to reenvisioning credit/reward systems (e.g., academic hiring, tenure and promotion, and grants)to fully incentivize open science practices.”

A second round of funding is now open for the Library Collections Enhancement Initiative, a program of the Office of the Vice Chancellor for Research and Graduate Education.

The call for proposals for the 2022 UW-Madison Data Science Research Bazaar are now open!

END_OF_DOCUMENT_TOKEN_TO_BE_REPLACED

We are excited to announce that UW-Madison is now a member of Dryad, an open-access data repository where you can publish and publicly share your research data. This membership was pursued in partnership between the Libraries and DoIT.

Dryad was started by a community of researchers and is used by researchers worldwide to meet funder and publisher mandates for data publication. Dryad has been a repository we’ve recommended for a number of years and we are glad to say that with our institutional membership, depositing in Dryad is now free to UW-Madison researchers!

Is your research data right for Dryad?

(Note: if your data is not appropriate for Dryad or you would prefer a different repository, reach out to Research Data Services for support in selecting another repository. MINDS@UW, UW’s institutional repository managed by the UW-Madison Libraries, may also be another great option.)

Ready to get started?

To learn more about other data sharing options at UW-Madison, visit our page on data sharing. 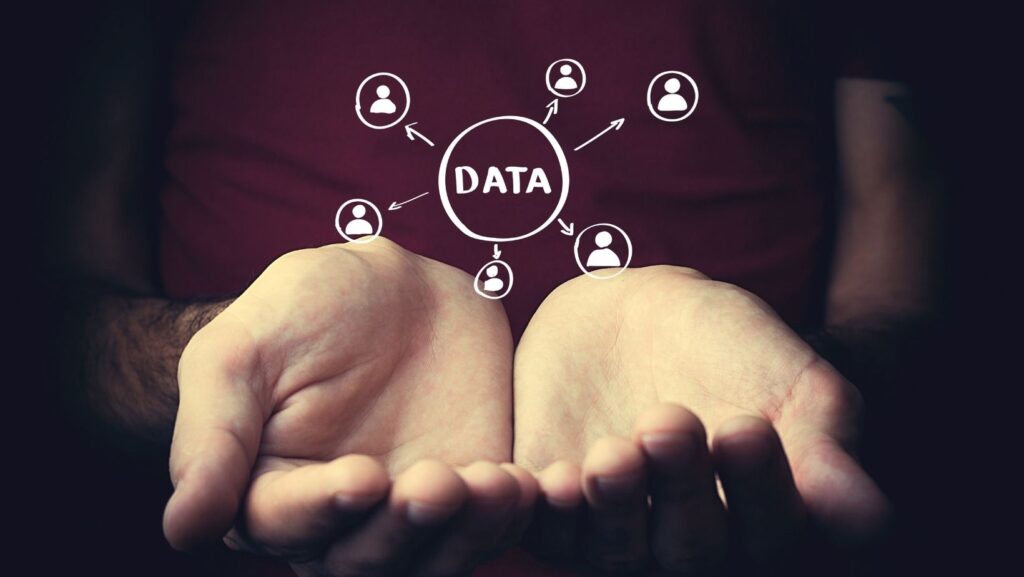 Data on ethnicity and race in the United States is often lumped into five or six broad categories,  in ways that can render communities invisible or hide disparate impacts of inequality on subgroups. Although broad categories such as Hispanic/Latino, Black or African American, White, American Indian or Alaska Native, and Native Hawaiian or Other Pacific Islander, can make it easier to study groups, especially in relation to each other, they flatten the experiences of those communities, replicate marginalization, and don’t often account for intersectionality of identities. In order to collect the kind of data that can better reflect the realities of these communities and lead to more just policies and outcomes, government organizations and researchers alike need to disaggregate their racial and ethnic data.

Data disaggregation, the breaking down of larger categories into more specific sub-groups, can help researchers, community members, and policy makers better understand the needs of those groups. The Coronavirus pandemic has highlighted the need for better disaggregation practices to understand the impact on the communities most affected as well as how to best target resources. Because most states aggregate Asian Americans and Native Hawaiians and Pacific Islanders in their COVID-19 reporting, the higher coronavirus death rate among Native Hawaiians and Pacific Islanders can become hidden in the overall picture. Wisconsin aggregates their COVID-19 data for Asian Pacific Islander populations and you can read about how that paints a misleading picture with regards to the Hmong community and other Southeast Asian Americans here. It can be difficult to disaggregate data that is either never collected or miscategorized and this has been a barrier to American Indian and Native Alaskan communities in finding out the true impact of COVID-19. Along with incomplete racial and ethnic COVID-19 data, very few states have collected COVID-19 data that included gender identity or sexual orientation, making it difficult to know how LGBTQ+ members of BIPOC communities have fared in health outcomes or vaccine access.

Without adequate disaggregation, studies can perpetuate perceptions that groups behave as monoliths. A study from the Pew Research Center claims that only 3% of Hispanics use the term Latinx, a gender neutral alternative for Latino/Latina. And while the study disaggregates by factors such as whether participants are foreign born, languages spoken, and education level, it doesn’t disaggregate by sexual orientation, or gender identity beyond the binary male and female. This makes it impossible to know whether nonbinary, transgender, or other LGBTQ+ Latinxs were included in the study. Intersectionality must be taken into account when disaggregating data about communities so that the differences between subgroups are respected and that the voices of those most impacted are included when studying certain subjects.

In “The Critical Role of Racial/Ethnic Data Disaggregation for Health Equity” Tina J. Kauh, Jen’nan Ghazal Read and A. J. Scheitler discuss the impact that data aggregation has on several communities in terms of perpetuating health inequity through the differences that are excluded:

When considering how far to disaggregate data, Race Matters Institute of Just Partners suggests disaggregating data “with sufficient detail to understand varying groups’ circumstances.” They also suggest going beyond individual level indicators where possible to include structural indicators because without structural data, individuals may be blamed for inequitable outcomes. And Carlos Sánchez Huizar highlights the importance of including marginalized communities in the data dialogue and engaging community leaders, constituents, and data experts in better data collection practices. Ultimately, in our own data practices, it’s important to center communities and their needs, to recognize the importance for community members of seeing themselves reflected in the data, and that data that treats groups as though they are a monolith renders them invisible and can mask harm.

A new IRB director will be leading the office, learn more about them and some of the changes from the IRB Efficiency Project.

Campus has rolled out Research at UW-Madison, which provides searchable interface to see research activities, find collaborations, and see the campus impact.

Campus has a new required cybersecurity awareness training. The human factor is one of the biggest vulnerabilities when it comes to security, so be sure to brush up on your ability to identify scams, phishing, or other attempts.

The Office of the Vice Chancellor for Research and Graduate Education (OVCRGE) will offer a Grant Writing Boot Camp for Social Scientists, which will run from July 2021 through mid-February 2022. The bootcamp will provide guidance and support for junior and mid-career faculty who have a goal of submitting/resubmitting an NIH grant application.

Joy Harjo, the 23rd U.S. Poet Laureate and the first Native Nations poet to serve in that role, has released a companion volume to her signature project at the Library of Congress which consists of a   multimedia digital map and online audio collection that gathers the work and stories of 47 contemporary Native poets ranging from New York to Hawaii. The poetry anthology is called “Living Nations, Living Words: An Anthology of First Peoples Poetry” and reflects on the themes of place and displacement with focal points of visibility, persistence, resistance and acknowledgment. 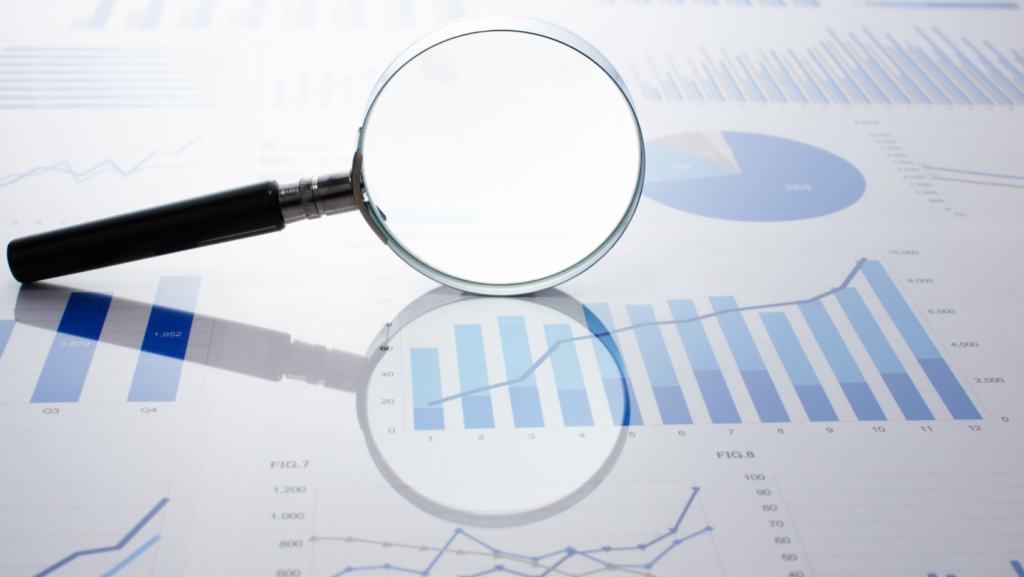 Continuing our Practicing Data Equity series, Part 2 of our Tools for Data Equity post explores additional frameworks, approaches, and tools for building data equity in your research practices, especially those that center community-based approaches. This post is meant to serve as an introduction to these resources and we encourage you to click through to explore them more in depth on your own. This blog has been divided into two parts. You can read Part 1, which focuses on how our worldviews impact the research process here.

END_OF_DOCUMENT_TOKEN_TO_BE_REPLACED

As we work to incorporate data equity into our practices, it is our responsibility as researchers and research support staff to evaluate our practices so that we can disrupt the encoding of implicit biases in our research designs, data, and analyses. It can feel challenging to even know where to begin, but little by little, over time, small shifts in our practices can make a big impact. Shifting our frameworks and getting away from the idea that data and technology are neutral can help us think more critically about how we engage with both throughout our research process. Building on the previous post in our Practicing Data Equity series, The CARE Priniciples for Indigenous Data Governance – #BeFAIRandCARE, we put together a list of additional frameworks, approaches, and tools to help you make sure that you are building data equity into your research practices. This post is meant to serve as an introduction to these resources and we encourage you to click through to explore them more in depth on your own. This blog has been divided into two parts. You can read Part 2, which focuses on community-based approaches here.  END_OF_DOCUMENT_TOKEN_TO_BE_REPLACED 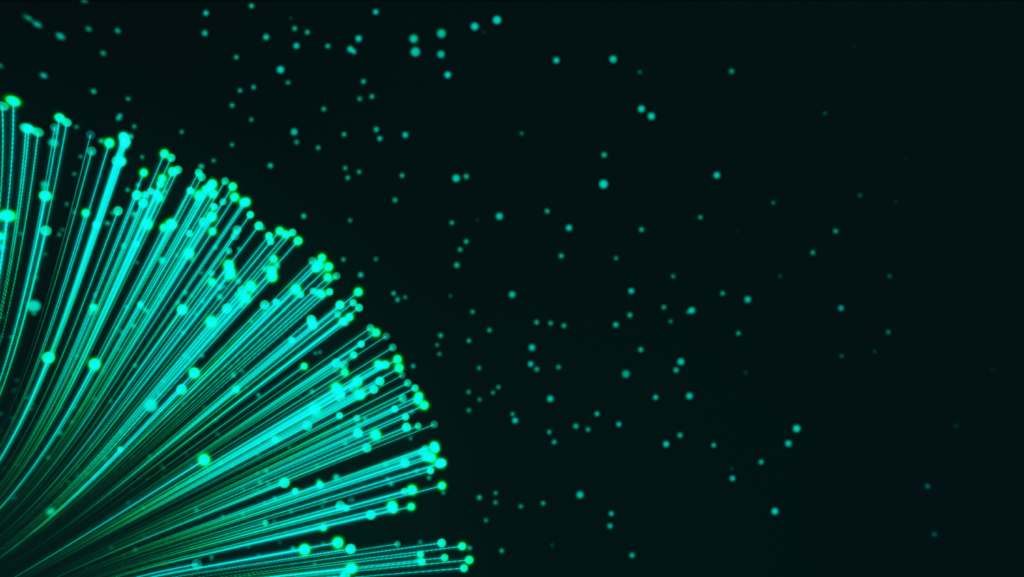 In our introductory post to our Practicing Data Equity series, we mentioned that research institutions, especially research intensive or predominantly white institutions, often wield inequitable power in research partnerships with communities. Historically research projects across disciplines have also caused harm to communities by sharing data or findings inappropriately, fundamentally misrepresenting communities, or ignoring community agency and input. This applies as well to data or digital collections that may make data from such projects available to researchers and other data users. The CARE Principles provide a great framework for thinking through key considerations of data management and sharing with, specifically in the case of these principles, indigenous communities. We’ve included information below introducing the principles, but encourage everyone to read them fully on their website.